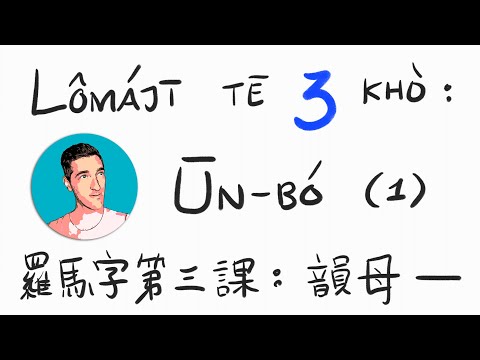 I still think [uan] and [ɔan] are essentially allophones in Taigi. Having o for [ə] and o͘ for [ɔ], but using oan for [ɔan] is unnecessarily confusing. I think Tailo has better design at least in this area over kàu-huē lô-ma-jī.

There has been at least 9 iterations of POJ, from Medhurst, MacGowan and Douglas in the 1800s, to Campbell, Barclay and Tipson in the early 1900s. Some used ts, some used ch, some used both. Some used ian, some used ien. Even if we read Tshuà Puê-hué's diary, his choice of romanization is different still, what really stands out was him utilizing tilde over vowels for nasalization.

Anyway, none of any of these systems are deal breakers when it comes to learning Taigi, but there must have been a reason why these missionaries kept making alterations to the system, which I suppose is trying to make the system better from their perspective.

It's really far, far, far less confusing than most of the spelling rules in most of the world's languages. As I explained in the recent video series:

I mean sure, it takes an extra minute to explain in detail. But c'mon, is it really that complicated? Tones are at least two orders of magnitude more complicated than a dotless-dotted O.

I'm also not sure if [u] and [ɔ] are allophones in the glide position, or if [u] is an artifact of Sinicization.

Earlier usage of ts and ch has a pretty clear tendency, which is that ts = [ts] and ch = [tɕ], hence it's common to see CH preceding I and E, and TS preceding A O U. The difficulty I have with this is twofold:

The most likely reason in my mind was that they didn't really know as much about either linguistics, or Taiwanese, or orthographic standardization as we do today. I even doubt if English was as standardized back then as it is today, so why should we expect anything different of Taiwanese?

But standardization of the orthography is important, for very deep reasons that have huge personal and social implications.

Modern standard POJ takes into account all of the above factors, and it's a fairly well thought out and complete orthography. Meanwhile the THBKMOE just says but muh IPA / but muh PinYin. It just won't do.